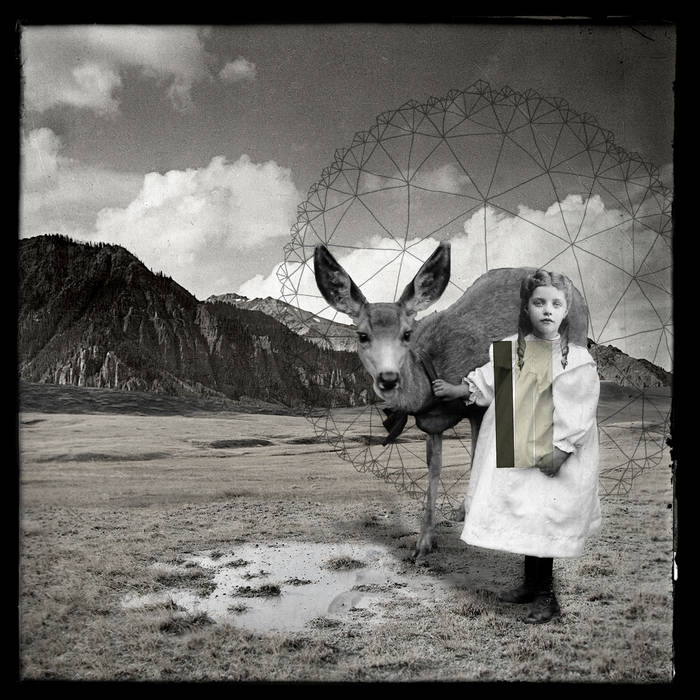 A few years ago now, I first got really really into the music of two artists who I consider to this day to be the two most talented and capable artists around. Not a lot has changed since then as they have continued to operate on their own level, in their own way, quietly but steadily releasing incredibly detailed works of beautiful organic instrumentations. The two artists in question are offthesky (Jason Corder) whose record ‘Hiding Nature’ we released earlier in the year, and Nicolas Bernier. The first work I ever heard by this fabulous Canadian artist was also one of my favourites that year (2007) – the excellent ‘Objet abandonné en mer’ on the rather special German label 12rec. The album was a collaboration with the folk guitarist Simon Trottier and the perfectly balanced melding of electronic and organic just blew me away. Not too long after this I also released my album ‘Enfants Ruraux’ on the same label, and they recommended using the same artist and designer for my release – the irrepressible Urban9. Through this, Nicolas and I soon got in contact and have become firm friends since then.

Over a year ago now, Nicolas sent me some work he had on the go – one being a full album of processed piano and cello pieces which will be released by Home Normal early next year, the other The Dancing Deer EP. I was against the idea of releasing an EP on Home Normal at the time, but then of course I went and put it on. Within two minutes I’d ripped my headphones off and whacked it into the studio speakers, pumping up the volume until the walls shook and my ears nearly bled. My initial reaction was to scratch my head in confusion at how an artist like Nicolas, so talented at processing and layering organic work so beautifully, had come up with the most amazingly powerful (dare i say kind of ‘rocking’) pop concrète collage if you will. Its an astonishing, perfectly formed work which slowly builds up using spoken vocals, crisp thin beats, melodic keys and increasing noise, only to be cut down to its bare vocal bones then back in with a wham of guitars above all else. It rocks out basically and just proves that this award-winning artist and director (he is the founder of the sound art microorganism Ekumen, member of the media art organization Perte de Signal, the art director of R Seaux, a major Canadian electroacoustic concert producer and his works have been awarded and broadcast in festivals around the world including Prix Ars Electronica (Austria), AKOUSMA (Canada), Mutek (Canada), DotMov Festival (Japan) and Transmediale (Germany)!) is one of the brightest talents of the musical and art worlds today, even if the more mainstream world doesn’t know it (yet).

This work is a “pop concrète” collage.As says the title, rhythm is the cornerstone of The Dancing Deer. Even tough the rhythm can quite subtle, the piece is built on a constant pulse. In an 18 minutes pathway through diverging states, it brings together elements of drones, clicks, minimal, maximum, song writing, poetry, post-rock, electronic and instrumental music in a strange and uncommon atmospheric collage. Its antithesis, The Dead Deer, is a relatively static soundtrack, despite being composed of micro-details. The project is a musical translation of a couple months spent in the Canadian West.

All music by Nicolas Bernier
Art by Urban9