Music For A Piano 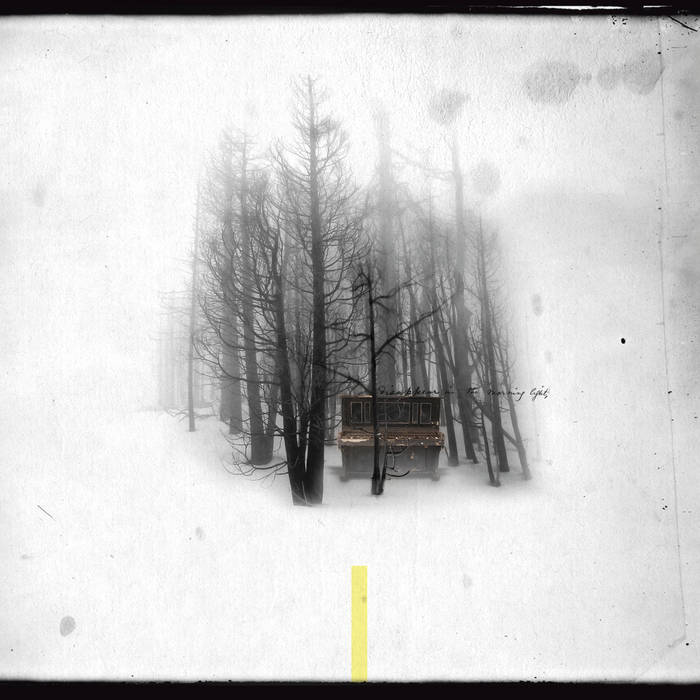 Most people are well aware of Ian’s regard for Nicolas and his work (namely, words like ‘genius’ are often used)…so without further gushing, it is probably best for Nicolas to sum up the album himself.

'I began to work on the composition of these two works during a residency at The Banff Centre, a quite amazing place welcoming artists from around the world in the fields of media art, classical music, dance, photography, theatre, and so forth. Literally in the middle of the Canadian Rockies, I was working in one of the little studios during these two months. Trees, mountains, fresh air, art… a dream. I was working in this little cabin, you have to have a look, I was in the Davidson Studio:

In the room, there was not much but this strange and ancient music making object, this instrument of a startling complexity. I have always hesitated in front of the piano, feeling small before an icon of several centuries of music.

The piano and I spent several nights tinkling together to the songs of crickets in July and “Music For a Piano” is the result of those nights.

In the meantime, I was beginning to work on one of my greatest fantasies: a soundtrack for a book. There are soundtracks everywhere — too many I would say: for dance, video, film, shopping centres, theatre, news, even imaginary soundtracks… but not many for books. And there is something that can enchance the reading there I think, that can add a dimension to the reading of a book. At least it worked for me when, in the late 90’s, I was discovering modern music, reading Marguerite Duras’s “Un barrage contre le Pacifique” while listening John Zorn’s “Duras”.

I had to wait about ten years to be fortunate enough to meet an author who would be enthusiastic about having an exploratory music soundtrack for his book. From the sessions with the piano, I then started another set of tracks for the third novel of a quite brilliant young author here in Montréal, Marc-André Moutquin.

The book entitled “Entre l’aurore et la nuit” will soon be published by Guy Saint-Jean Éditeur. The plot of the novel takes place in Nunavik, the cold, desertic northern region of the province of Québec. I’ve composed seven eerie sound aurora, an etherreal soundtrack that stands like the counterweight weight of the heavy climate that can sometimes inhabit this part of the world.' Nicolas Bernier