Book of the Folded Forest 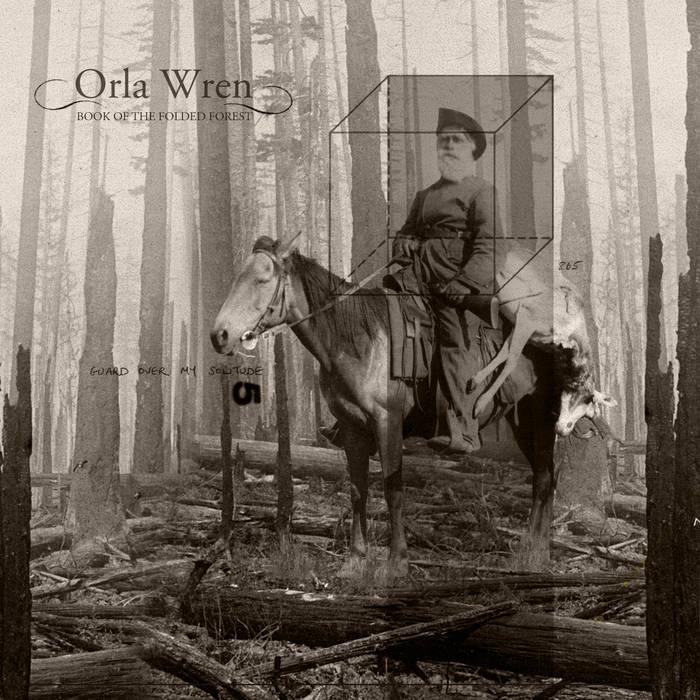 editions vaché Tui ( orla wren ) is one of our favorite artists, and can seemingly make music from anything - in other words, magical sounds emanate from the mix, and fly right into your being... tm Favorite track: Things You Cannot Keep.

A few years ago now, we decided that we wanted Home Normal to evolve into more film work alongside our music releases. It has been a long-held dream in truth, but we needed the right project to pop up before we could take the plunge. Step in, Orla Wren.

The work of Orla Wren caught our ears, eyes, and hearts with his fantastic release on one of our favourite Japanese labels: Flau. The One Two Bird and The Half Horse (flau,2009) was a beautiful album of tender organically produced electronic sounding music. When he wrote to us a couple of years ago now, about releasing his latest opus with us we were thrilled. Over time the project evolved into working with a common collaborator, namely, Urban9. Previously he had worked with us on both Nicolas Bernier releases, as well as Ian Hawgood’s own release ‘Enfants Ruraux’. We also quickly decided that this would be the project to really play with the packaging and presentation, seeing just how far we could go.

The end result is ‘Book of the Folded Forest’. The album is presented in an 8 panel, CD and DVD package, with unique postcards designed by Urban9 himself included in each, as well as featuring 7 films by awarding winning directors. Lumacell, Joey Bania, The New Honeyshade, Tippi Tillvind, Elise Baldwin, and Skinofthetree have produced an astonishing set of films which will only be available in this package. You can watch the Joey Bania and Lumacell films at the following links respectively:

Tracks: (CD)
01 The Words Under The Wood
02 I Must Live In My Lantern
03 The Wintering Box
04 Willow Bows And Cats Cradles
05 Four Feathers Few
06 Shipwreck Seems Sweet To Me In This Sea
07 The Painting Tree
08 Swallow Tails And The Story Born
09 A Lone Flake Of Sail
10 Things You Cannot Keep
11 Rising Swing Ringing
12 In A Past Life I Was A Woodcarvers Knife
13 Ashes From A Long Fire

Films: (DVD)
01 Lumacell - The Words Under The Wood
02 Joey Bania - Four Feathers Few
03The New Honey Shade - Willow Bows And Cats Cradles
04 Tippi Tillvind - Shipwreck Seems Sweet To Me In This Sea
05 Lumacell - Rising Swing Ringing
06 Elise Baldwin - In A Past Life I Was A Woodcarvers Knife
07 Skinofthetree - Ashes From A Long Fire