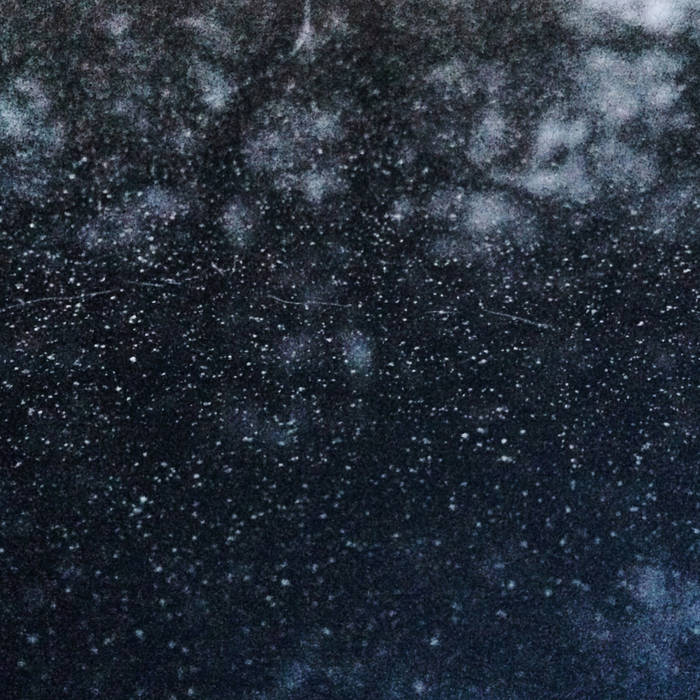 sharkeytherobot This is almost my perfect music, it has the right tempo, feel and emotion, never repetitive, never wrong noted or wrong headed. Lovely.

In.Visible.Generator The perfect balance between instrumentation and electronic soundscaping. I´m in love....

'I suppose that one of the greatest compliments I could ever give an album is to proclaim that I’d wish my own compositions sounded like this. This is music that I wish I would come close to making one day, examining Jason’s control of time and space among the pieces, becoming very much inspired by his sound design, and finally striving to incorporate a few of his ideas with my own. I guess another way of saying is that this is the music of the future. These days, however, that shouldn’t be interpreted in some fantastical, science fiction way, where the intelligence has won the battle for the science, but rather a peaceful state of life, where all the heart and soul has won the strife for art.' Headphone Commute
​
'Jason van Wyk's new album on Home Normal bears a striking resemblance to some of our most recent innovators in the modern-classical space. Combining piano, strings, and soft pads that stretch to a limitless horizon, Opacity reminds me of soundtracks that would come often from the likes of Jon Hopkins, with tracks such as Glow and Beneath, combining poignant backgrounds with very simple piano or string melodies as heard in the likes of Monsters OST.' A Strangle Isolated Place
​
'Opacity shows the South African's true brilliance and ability to use to his full advantage his talent at connecting what happens in his head to the music that comes through his instruments.' Norman Records
​
'Jason van Wyk creates a delicate atmosphere, a soundtrack to a special moment that can never be repeated. The sounds are well-honed and everything is in check. Both haunting and incredibly moving, Opacity is one of the year’s highlights, and Jason van Wyk has produced one of 2017’s gems. ' James Catchpole (Fluid Radio)
​
'On Opacity, van Wyk further explores his combination of calm, serene piano music – sometimes solo, sometimes embedded in soft synth pads. The two albums match together perfectly, in fact these two releases could easily be considered two parts of a double-album full of ‘piano-focused tenderness’.' Ambient Blog
​
'Timeless and bold, Jason van Wyk's 'Opacity' is a freeing work of piano-focused tenderness and huge luminous pads.' Shiny Beast
​
'Crushingly intimate piano, lost in celestial dreams. One can almost touch the planets through the telescope’s eyepiece: the clay-reds and oranges of big Jupiter and its Galilean guardians; the fragmentary dust of Saturn’s ring plane and its cold shepherds.' Hear Feel
​
'ゆっくりと優しく染み渡る感傷的なピアノ〜儚く華麗なピアノと、なだらかに広がる仄かなシンセのドローン、ヴァイオリン〜チェロのシンフォニックなドローンを組み合わせた、デリケートで美しいアンビエント+ポスト・クラシカル・サウンド。コズミックなシンセ〜エレクトロニック・ビートも取り入れた、エレクトロニック・ミュージック寄りのアレンジも見せているトラックもありますが、基本的にはピアノとドローン・' Linus Records
​
'Si pone quindi in dichiarata continuità “Opacity“, proponendo una sequenza avvolgente di delicati paesaggi cinematici elaborati attraverso un’armoniosa combinazione di evanescenti fluttuazioni sintetiche e sognanti trame pianistiche, fusi in una sintesi  immaginifica ampliata dall’apporto preziose di fragili tessiture di archi e occasionalmente da strutturanti pulsazioni liquide.' So What Musica
​
'Oltre a ripubblicare quel lavoro, adesso Home Normal ne propone il seguito, sotto forma delle dodici miniature di “Opacity”, frutto non della mera sommatoria tra pianoforte, archi e vaporose stratificazioni ambientali, bensì di un’integrazione tra elementi secondo forme e modalità in continua trasformazione, che dischiudono nuovi orizzonti di camerismo ambientale. Puro incanto.' Music Won't Save You
​
'The perfect balance between instrumentation and electronic soundscaping. I´m in love...' In.Visible.Generator

'Opacity is more moving to me when I listen to it all the way through; it is a brooding, icy, yet exploratory work. I can easily see it as the soundtrack to a lonely-space-exploration film.' Independent Clauses
​
'This is simply a very beautiful piece of work that is a pleasure to listen to.  For “Opacity” van Wyk has taken on some of the elements of “Attachment” added some from his previous work and taken it further. The shorter pieces that come across as Soundtrack-esque is a something that would be interesting to see van Wyk detour into as I think he would pull it off with aplomb.' Drifting, Almost Falling

'This dreamy little number is filled with gorgeous acoustic moments, piano strokes gracing rich drone backfields and counterbalancing more Electronic driven aspects. This is another rather cinematic production as it casts its gaze longingly towards the heavens; I think if you’re looking for a record that captures the essence of Ambient’s purpose and grace, this is it.' Hear Feel

Semiratruth joins the show to discuss their latest release, "loading..".